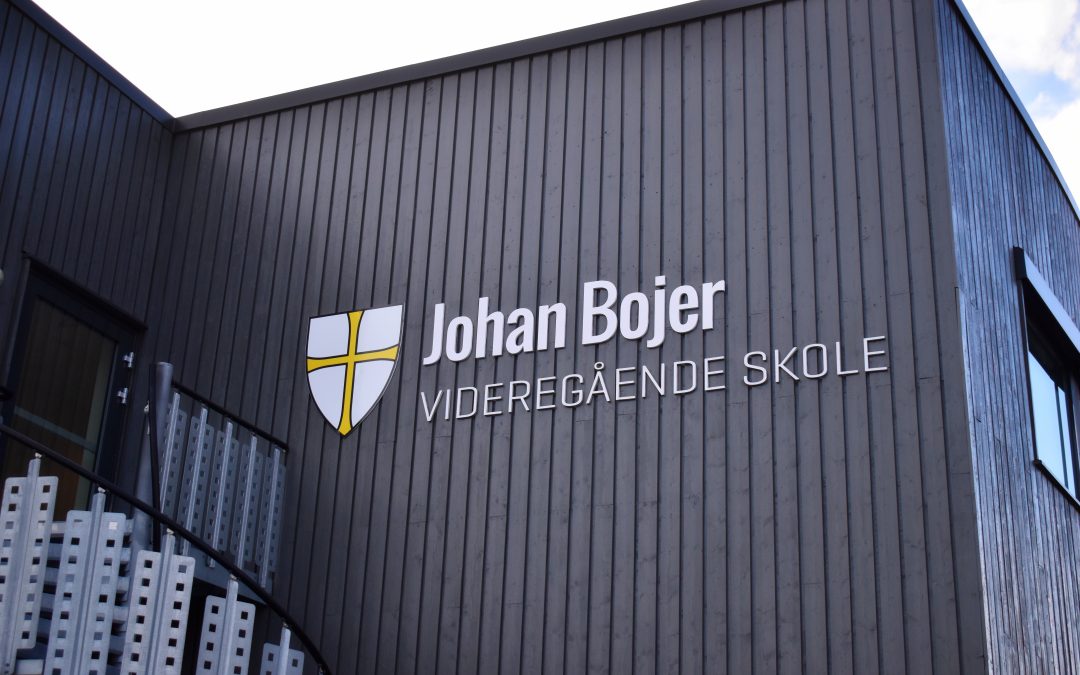 Alright, so we woke up as usual but you could tell that the students who had the fist four presentations were nervous. We drove to the school – which is really cool in my opinion btw, and got ready in a room that you would expect they have at a university. Rows of chairs all in a different level and a big white sheet at the front. The presentations for this day were: T.G. Masaryk and The first republic, Protectorate of Bohemia and Moravia, Holocaust and communist Czechoslovakia . After that we had a tour through the school and lunch. We did some shopping after- mostly chocolate, and went to our accommodations to get some rest. Then we joined the Norwegians at the dinner table and played some bowling after- I’ll have to say that the teachers were magnificent. That’s the end of the day, we went back and crashed into our beds. It was the most easygoing and also the most nerve-wracking day of all.
Sára P. 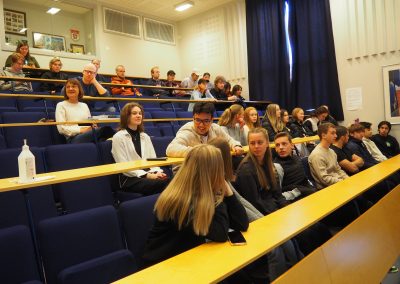 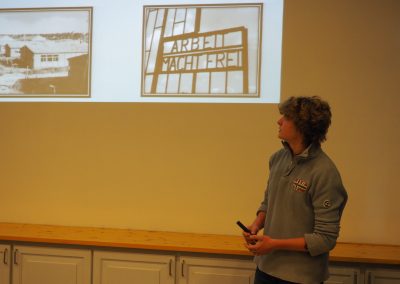 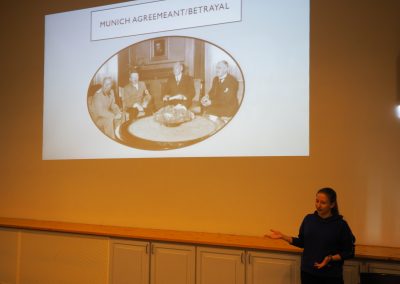 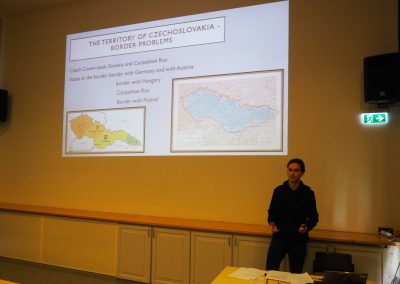