Saturday – our first day of travelling 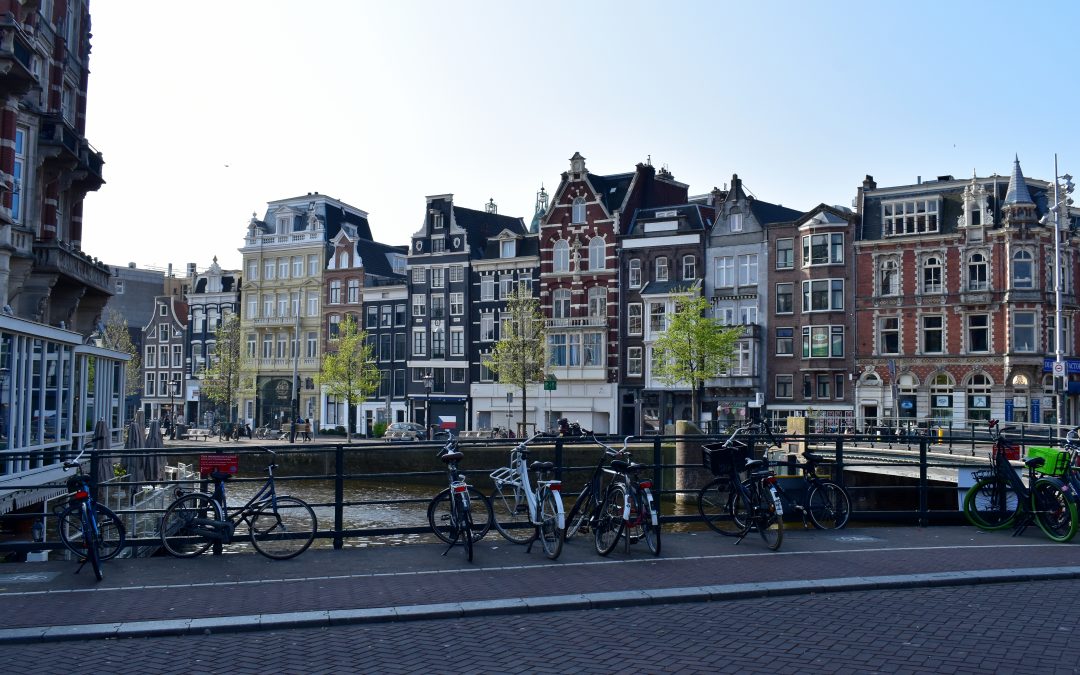 Saturday was a long and challenging day. We woke up very early in the morning because we wanted to make sure that we would have enough time at the airport. Check in got unexpectedly long and we had better really run to the gate (even those of us who normally stay calm in any situation), but in the end we found that we still had plenty of time.
We landed in Amsterdam at around 8:00, where we had seven hours free time while connecting to our flight to Trondheim. So we decided to head downtown. It was beautiful and we didn’t know where to look and what to take pictures of first. We walked around the canals, watched the boats floating on them, dodged lots of bikes, admired the tulip pots and narrow colorful houses. Our destination was a large Amsterdam sign, which we wanted to take a picture at, but were surprised to find only an empty “meadow” and a small park. We then discovered it by chance a little later, just outside the entrance to the airport.
The lock not working on Friday night or the fact that we were in a hurry in Prague in the morning was nothing compared to what awaited us in the rest of the day. Again, we allowed about three hours for the process to the return check-in, but due to the “groundworkers” strike that had started in the meantime, it was hardly enough. We were standing in a crowded hall, it was terribly hot and we were all nervous because we were in danger of not going anywhere because of these complications; besides, a lot of (bigger) flights were cancelled.
Fortunately, we made it back and were able to relax for a while. Some people slept, others watched the snow-capped peaks of the Norwegian mountains, and someone mentioned that it would have been fun if they hadn’t loaded our bags because of the strike. Haha. Unfortunately, this prediction came true and the problems did not leave us in Trondheim.
After landing, we looked at the luggage belts for about three quarters of an hour straight, but gradually it started to dawn on us that none of us had a suitcase. After that long day, we were pretty fed up, but we had no choice but to sit down, report the lost luggage, and leave the airport empty-handed. The price of the bus to the hotel surprised us as it was very high even after the discount.
And late in the evening, already completely overloaded, we still had to run to the center and buy at least the basics – like a toothbrush, toothpaste and something for dinner. Well, welcome to Norway.
Sára P. 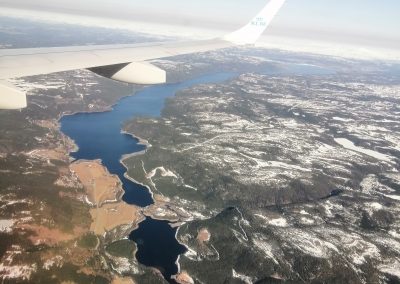 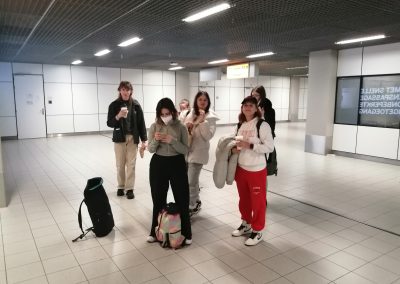