Friday – the day of departure

We were looking forward to our trip to Norway all April. Due to a flight change, we had to leave one day earlier than originally planned and our expedition started on Friday 22nd April. We met most of the group at the main train station (the rest joined us in Prague) and left Brno around 5 pm. We chatted on the way and the train was a bit late, but fortunately it wasn’t more than a few minutes. When we arrived in Prague that evening, we tried to get to the hotel as quickly as possible so we could get some rest.
But before that we had our first test – to open the lock of my suitcase. In the room I found that it was somehow stuck and couldn’t be unlocked, even though I knew I was entering the correct code. We sat there for a while, wondering what to do, but finally we gave up and dragged the whole suitcase to the reception, where they even had to help us file the lock.
I’ll admit it was a pretty funny situation, but that was after we managed to solve it. And we had no idea then how many more obstacles we would have to overcome and how many more adventures we would have together that week. 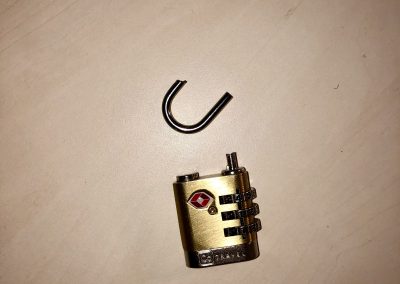