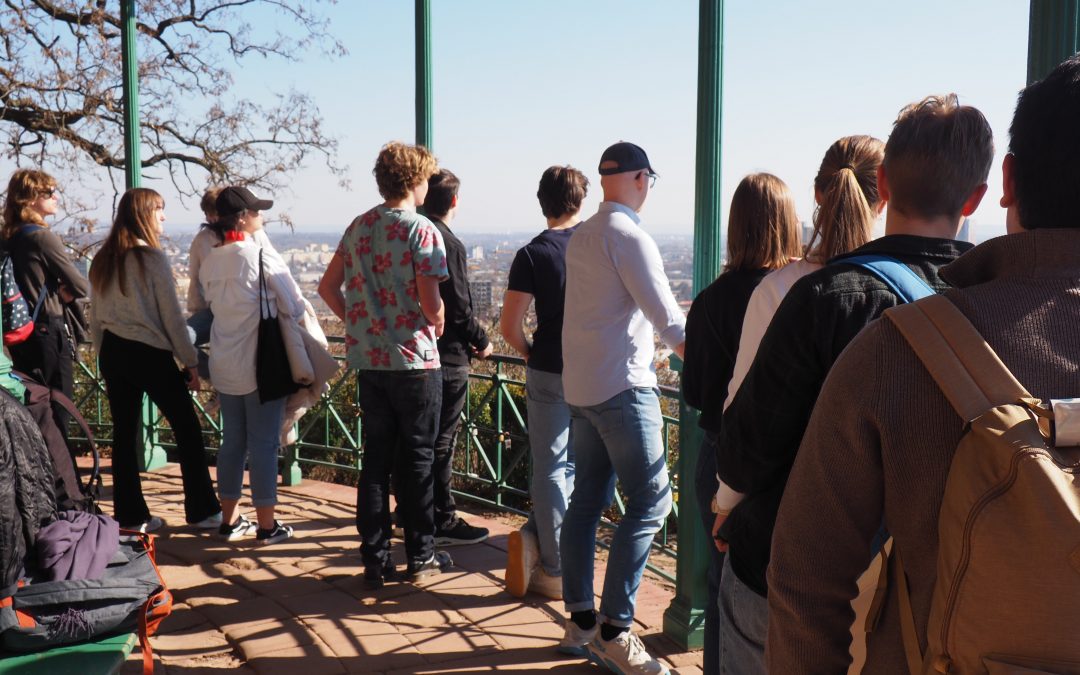 The third day of the Norwegian expedition to Moravia started at the school, where the Norwegians did a bravura job with presentations of their topics.
After lunch, a deliciously cooked rice from ActiveBox, we drove to the centre of our capital and its historical heart, Špilberk. Here we had a very comprehensive and information-packed tour of the casemates and bastion. After the tour we led the Norwegian delegation to Namesti Svobody, where the day ended with the Norwegian premiere of KFC where they spent much more than is healthy for a fastdood.
Jakub N.

We went to visit Spielberg castle, which was at the top of a hill in Brno. The castle was big, and we ate at a cafe before the tour started. We learned that the castle had been used as a prison for a long time, and the conditions was horrible. There were also torture chambers there. We also learned some fun facts about the castle under WW2, and that Napoleon had also tried to conquer it, but failed the first time, before he came back later and took it. The castle was very important for Brno’s ancient history and had been important for its protection for a long time.
Jo 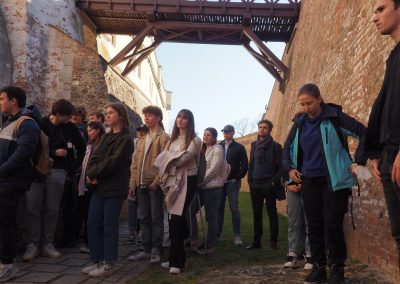 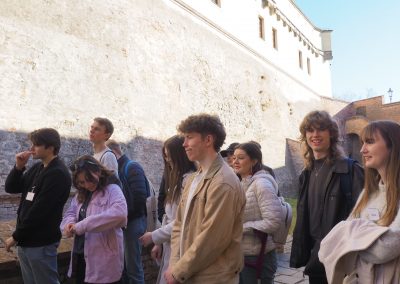 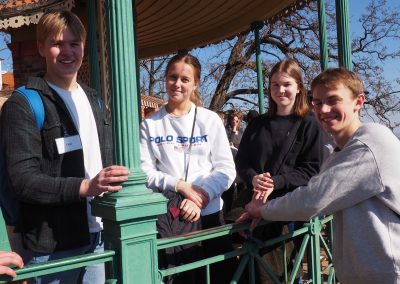