On Thursday we visited the Museum of Romani Culture and the Cejl Penitentiary in Brno.
At the museum we had a workshop to better understand the Holocaust. I think that everyone learned something new or at least confirmed a lot of things because it was unconventional. Everything was understandable for how difficult this topic is. In general the museum is beautifully, and most importantly interestingly done.
The preacher’s office fitted beautifully with our theme of modern history and it must have surprised not only me, but especially Norwegians, that we could find something like this in Brno. The tour was interestingly done. Since our guide always said his lines in Czech and then our professor Havac translated it into English, it was sometimes quite funny.
In the evening we all met at Avanti where we enjoyed our last night together bowling and having a buffet. I was not good at bowling at all, but Emil, for example, was good at it, as if he was born for it. It was a fun evening and afterwards we all left and went to get ready for our last day together.
Anna K.

We visited the Museum of Romani Culture in Brno. The museum was located in a slightly poorer area in Brno. There, we were met by two women who educated us and taught us about Romani culture, and the Romani people’s stories during World War II. We got to take part in a very interesting program with both social activities in form of group work, watching film clips, reading texts from people during, before and after World War II, and even walk around the museum to see things on our own. Examples of these things were texts from the Romani culture and objects that had been used by them. It was a very educational and interesting program with excellent educators/lecturers.
Bettina

The old city prison or the so called “Ceji Prison” in the Ceji Street has been for long serving the purpose of containing everything from politicians to prisoners from 2WW. The prison was constructed in 1770 when a royal decree was issued to establish a prison for all Moravia however it later became a home for 147 orphans from Brno Jesuit college. In 1784 the orphanage was closed to reopen it as a prison camp where it started to serve its purpose. A decade later the darkest era came with the establishment of the Protectorate of Bohemia and Moravia under Nazi Germany and then again after 1948 when numerous political prisoners were interned and executed there.
Robin 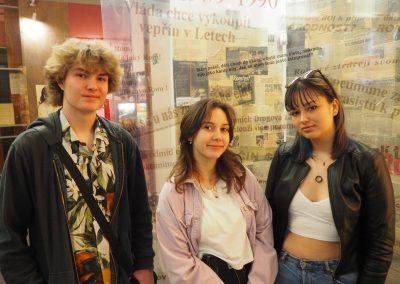 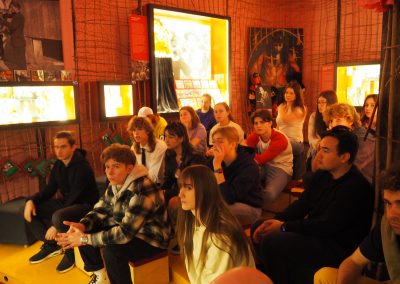 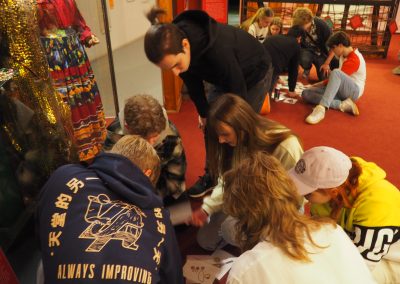 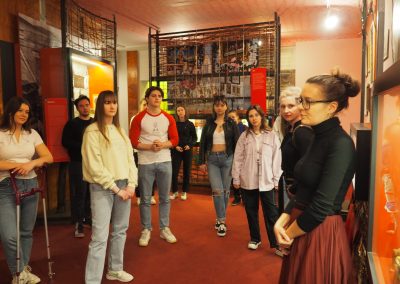 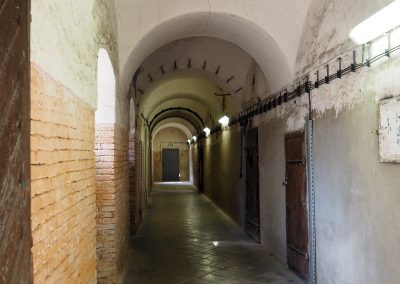 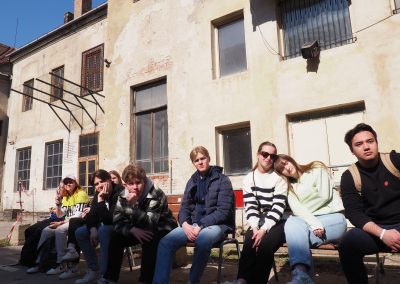