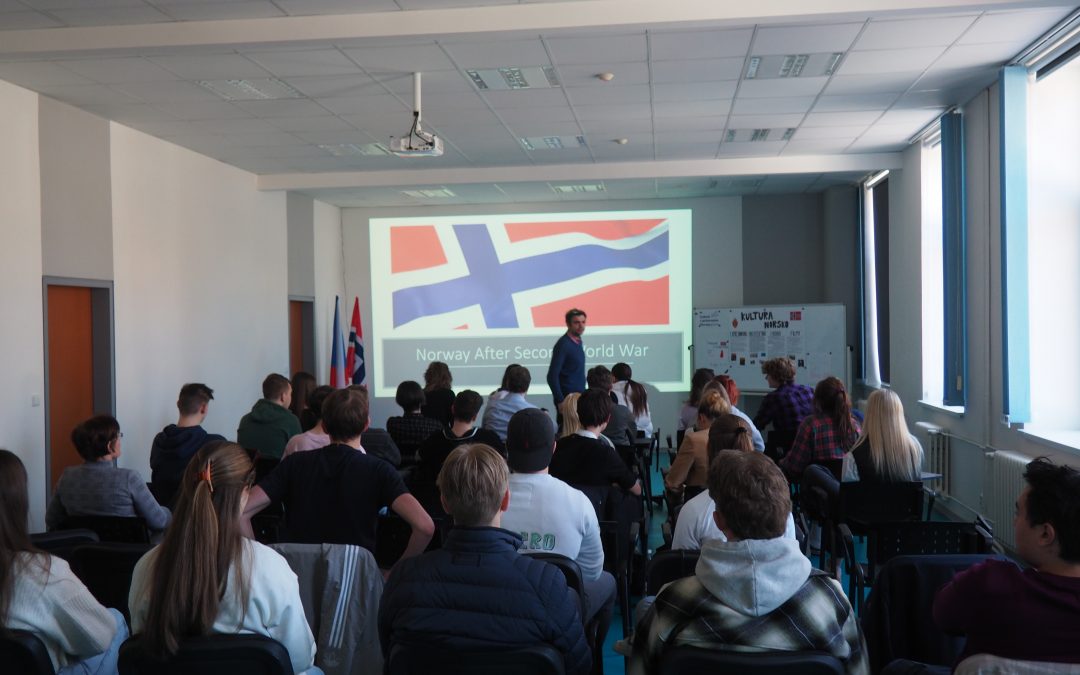 After the Mondays trip to Southern Moravia we already knew each other a bit. On Tuesday we followed with formal program at our school. Target of the program is to learn about modern norwegian history and also teach norwegian students about the important milestones in the Czech countries in the 20th century.
The norwegian were presenting their history in two days, always at group consisting of 4 students. I was very pleasently surprised, that they talked not only about the historical topics but also about their school system, the oil production and state funds supporting financially the necessary projetcs. After the presentations we show them our school and nearby surroundings.

Gymnázium Mojmírovo náměstí sro started its activities on 2 September 2002 as the successor to the first private grammar school in Brno under the name Gymnázium Hády. It was restored as a regular grammar school with a sports focus, with the idea of giving talented athletes the opportunity to study high school and combine sports activities with studies. In 2016, after the end of the school year, the school moved to Králova Pole and changed its name to Gymnázium Mojmírovo náměstí sro. The new building moved to the center of Brno and provided space for the opening of new modern classrooms. At this school we had our presentations about modern Norwegian history. Spanning from Norwegian participation in World War two, the founding of the Norwegian welfare state, Norwegian foreign affairs and the Norwegian graduation tradition: Russetid. The presentation varied from about 20 minutes to an hour. Multiple classes from the school attended the presentations.
Ola 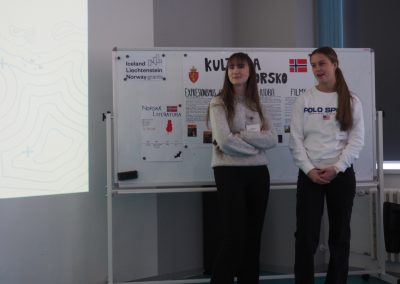 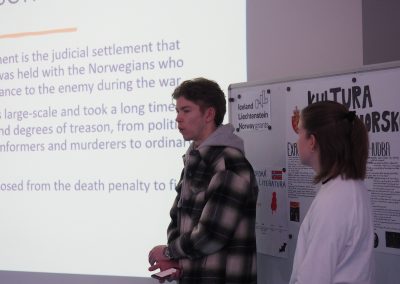 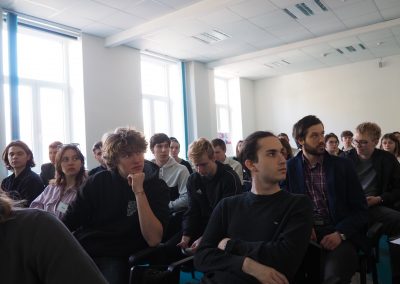 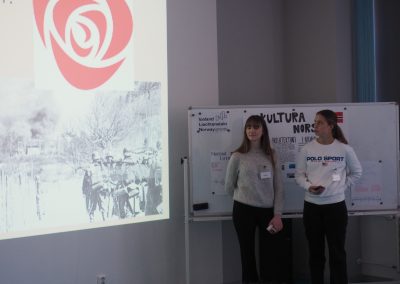