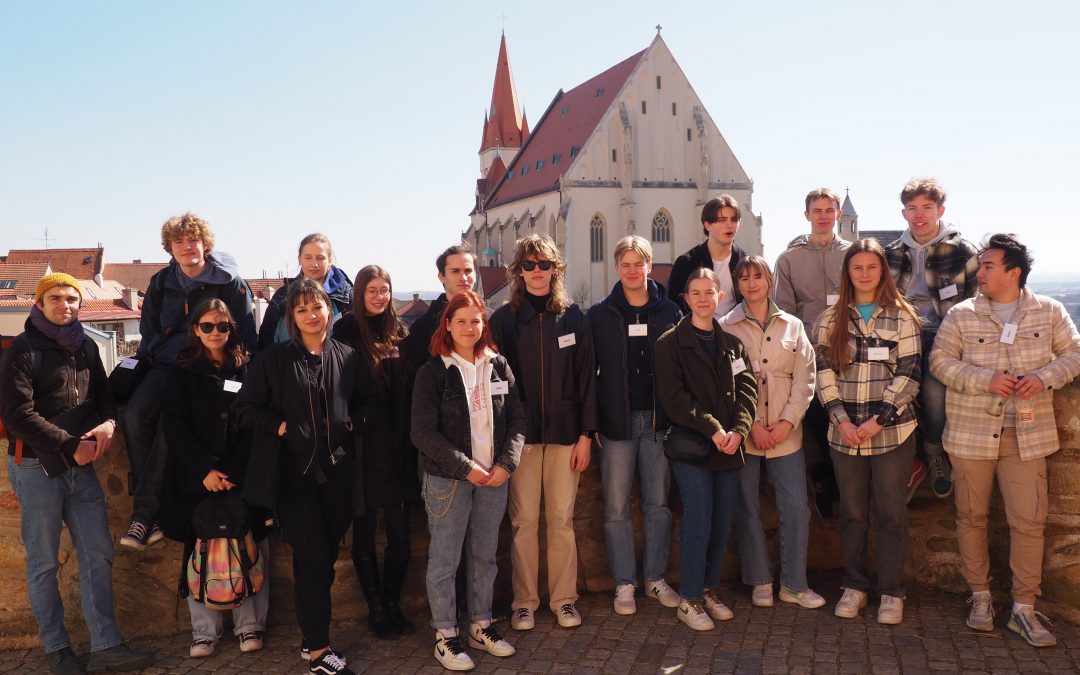 After the sudays arrival of our norwegian quests we set out on Monday morning from hotel Avanti towards Iron curtain remains, where profesor Haváč explained the basic facts about its history. Afterwards we went to nearby guard tower and after a short break we went by bus to Znojmo. This city takes place only 8 km form the border with Austria and till 1918 there were majority of german citizens. We spent the most time of our programm there. We had a look at historical squares, statues, memorials, buildings and a church. All was guided by interesting information from Mr.Haváč. We even had a time to spent some tim on our own, when we tried local street food. After the lunch we went by bus to our stop. We visited memorial at Pohořelice. The memorial of removal german citizens reminds on tragical moment at the end of WWII. Mr Haváč also briefly mentioned, that the Czech nation sometimes realize its history after a really long period, as we built high speed highway just next to the mass grave. Then we went back to Brno.
Roman O.

On the second day of our trip to the Czech Republic, we went to the iron curtain. While there we heard stories about how people would try to escape to the west side of Europe and receive some general information about the iron curtain. We also got to see a watchtower used to scout for people trying to escape. There was not much left of the curtain. Originally the curtain would be four kilometers wide and stretch across almost all of Europe. Now, however, the iron curtain is but one fence and not nearly as long as to reach across all of Europe. Nowadays, it is common for people to ride their bikes, jog or walk their dogs along with the once feared iron curtain.
Mikael 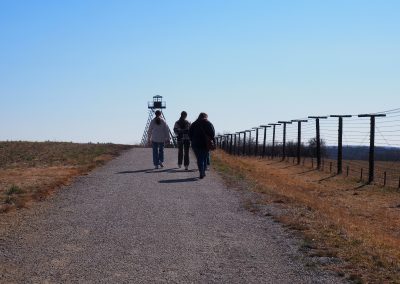 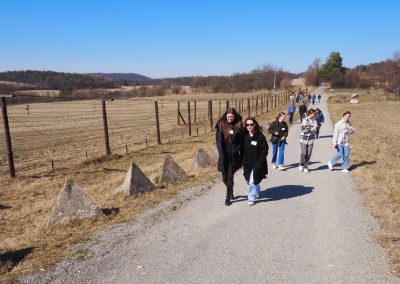 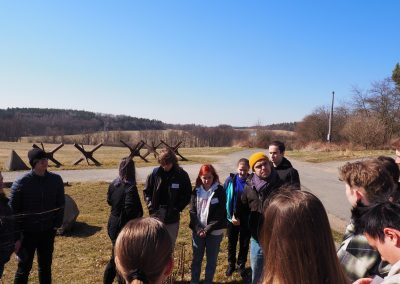 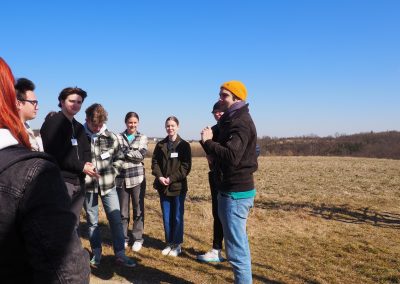