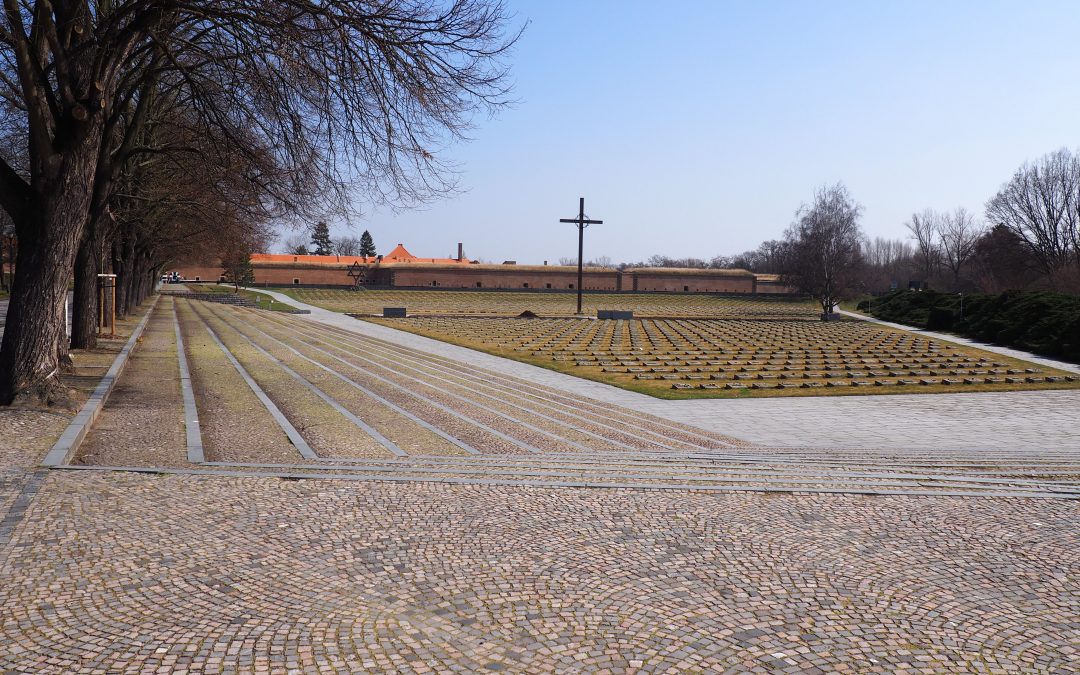 Friday meant one thing for our project, and that was the final day of a great week. We started it with an early wake-up call, as the bus left the school half an hour after 7am and picked up our Norwegian friends half an hour later. The final destination was Terezin followed by Prague. The atmosphere on the bus was not very energetic. We were all exhausted and it was no wonder. We were trying to regain our seats internationally but at the same time maintaining respect for the exhausted students. The journey was unhealthily long and I, along with Kristin, Bettina and Vaness, fell asleep together in the last seats, laughing and listening to music.
After nearly four hours of traveling and buttocks cramping, we arrived at our first destination. The weather was in our favor, it was windless and the sun was shining so that we could catch bronze with a little ingenuity. The bus parked in town and we walked to the ghetto. Immediately at first a chill runs down your back when you see the memorials to the victims. In the ghetto we were shown everything you can imagine in a concentration camp. I’d rather skip this part, if you don’t mind. The last thing the guide put us through was a half kilometer long corridor that at times did not make me feel good at all. This was followed by a short film in a cinema in one of the original ghetto buildings. This was the end of our visit to Terezín.
We had lunch in a nearby restaurant and afterwards we enjoyed a hibernation and regeneration in the park. We didn’t really want to go back to the bus, because we all knew what would follow. We had a lot of fun and laughter on the bus heading towards Prague. The girls (Kristin and Bettina) added the basic words and phrases we needed to learn and understand Norwegian culture and sense of humor. It was the shortest fifty minutes of my life. When we arrived in front of their hotel where we were to stay for the night and part of the next day, we didn’t even want to get out. When we decided to get off the bus, we started hugging each other over and over again. “Hade bra!” came from one side and the other. There were even tears. We’ve been in touch ever since and I hope it lasts as long as possible!
Marek P.

On our last day together with the Czech students, we drove the bus from Brno to Terezin. There, we walked through the concentration camp with a guide, and learned about the horrible things that has happened there. It was an instructive tour where we among other things, got to see the prison cell of Gavrilo Princip, who did the shots in Sarajevo. The tour also included a video with actual footage from when the prison was open, which helped with our understanding. After the tour, we ate dinner together before driving to Prague.
Kaya 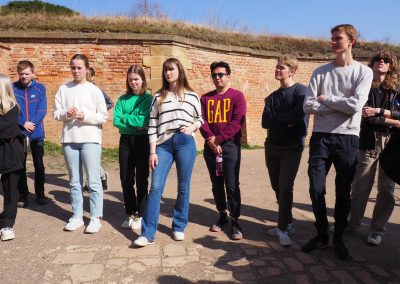 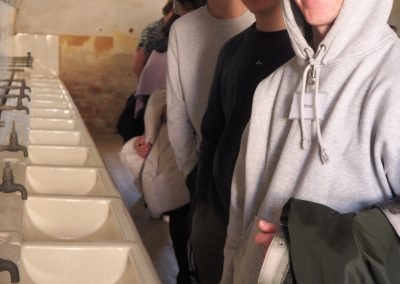 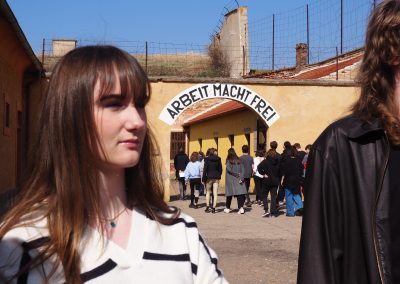 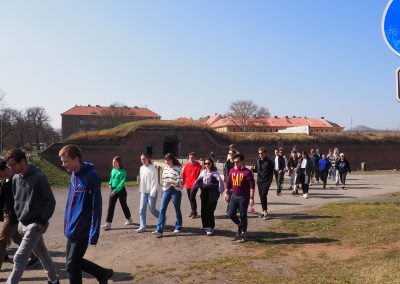